HHC Motorsport had a weekend of highs and lows capped off with a superb double podium in rounds 3 & 4 of the British GT Championship at Donington Park. 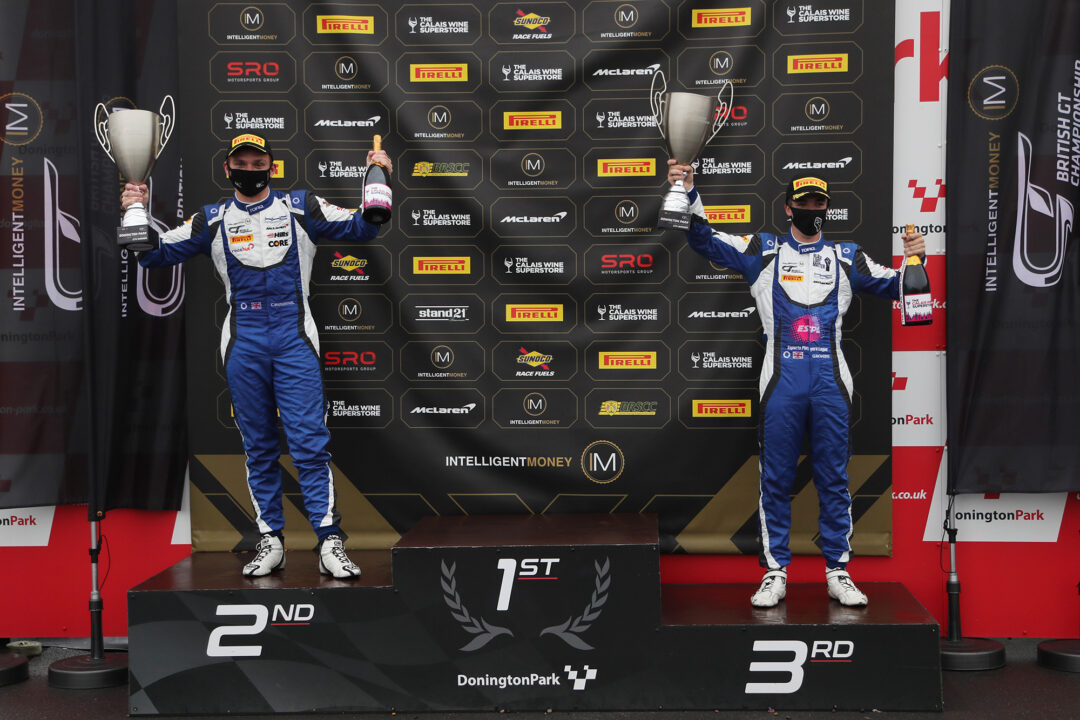 Sunday brought a change in weather meaning all drivers had to adapt to the wet weather conditions. The first race was the two-hour endurance race, the first of the season with refuelling during the pit stops. Matthiesen for the first time at the wheel of a McLaren GT4 car in wet conditions defended well however the wet pace of the cars around him was eventually far too strong and he started to fall back down the order when he handed over to Collard who also found the conditions tricky.

Wesemael started car 57 and maintained his position away from the line. He then went looking to build on his solid start. As the battle containing a number of cars including the 58 ahead intensified this gave Wesemael a chance to close in. On the 40 minute mark he capitalised on the tussle between Matthiesen and the Academy Mustang passing them both at the final corner. However shortly after the Mustang found a turn of pace to get back through. Wesemael would hand over the car to Bowers from fifth place. Both cars would then maintain their positions during the final stint finishing with the 57 car in fifth place and the 58 in sixth. 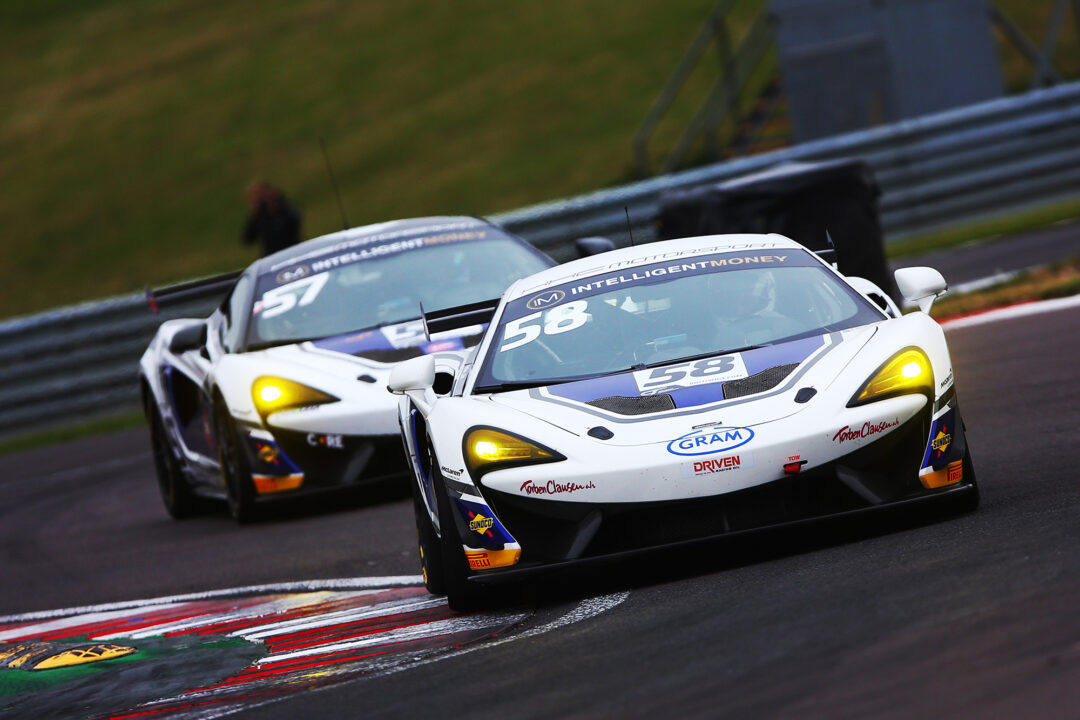 As the second race approached the weather began to change with the track drying out. It was a tough call for the teams whether to gamble on slick tyres or play it safe on the wet tyres. Car 58 from pole decided to stick with the wets and try to gain an advantage from being first on the grid. Bowers and the 57-crew decided to gamble and pitted during the lap to the grid for slick tyres and to start from the pit lane. During the opening laps Bowers found it difficult for grip but as the track began to dry, he found some serious pace over the wet weather tyre runners. He began to make his way through the field picking off each of his competitors as he went with some fantastic overtakes. 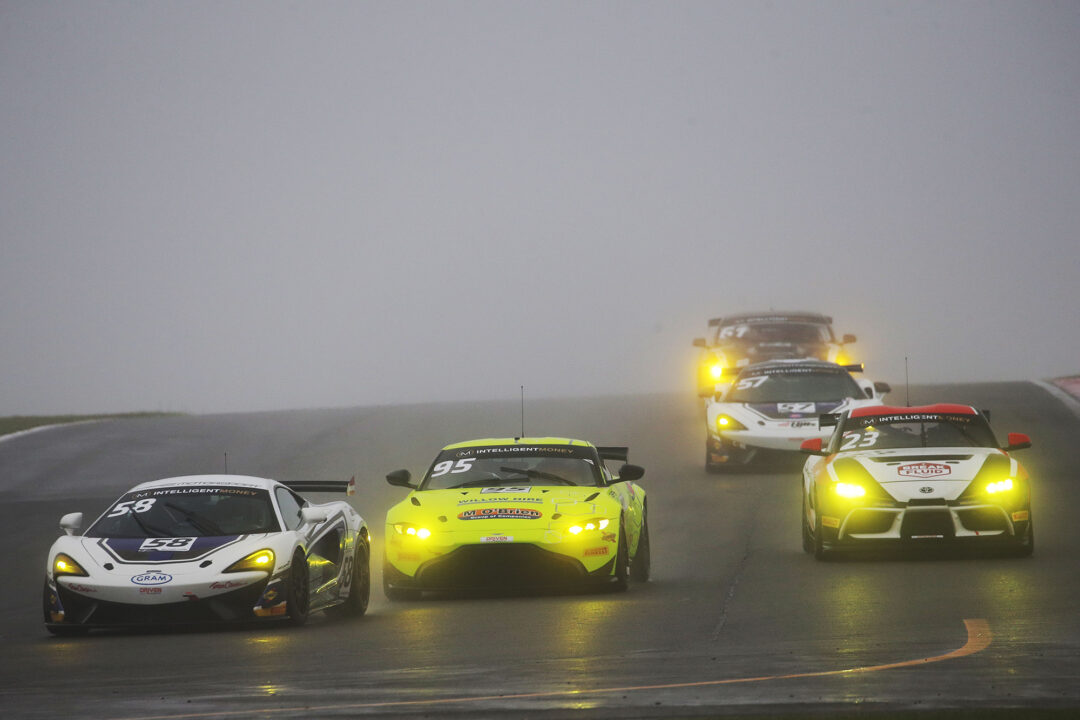 Collard in the 58 had some very hard fought battles with the other GT4 runners losing out to a couple in the process. As soon as the pitstop window opened the 58 pitted to go onto slick tyres and to swap driving duties over to Matthiesen. Bowers however stayed out and tried to capitalise on the advantage gained. When they did stop, he did so from second place behind the Pro-AM GT4 car of Euan Hankey and Mia Flewitt. As Wesemael took over the 57 he had a gap of about 30 seconds to close, but his pace was so strong he started reeling in the Flewitt McLaren at an outstanding pace.

Eventually with six minutes left on the clock he made his move for the lead and took the opportunity. He then used the remaining time to build his lead. In the 58 car Matthiesen jumped up to third during the pitstop rotations and began the work of trying to close in on Flewitt in second however the gap built up from first stint was too much despite his outstanding pace. As the chequered flag fell car 58 took a great third place. Out in front though Wesemael on his 25th birthday held on for his and Bowers’ first ever British GT win. 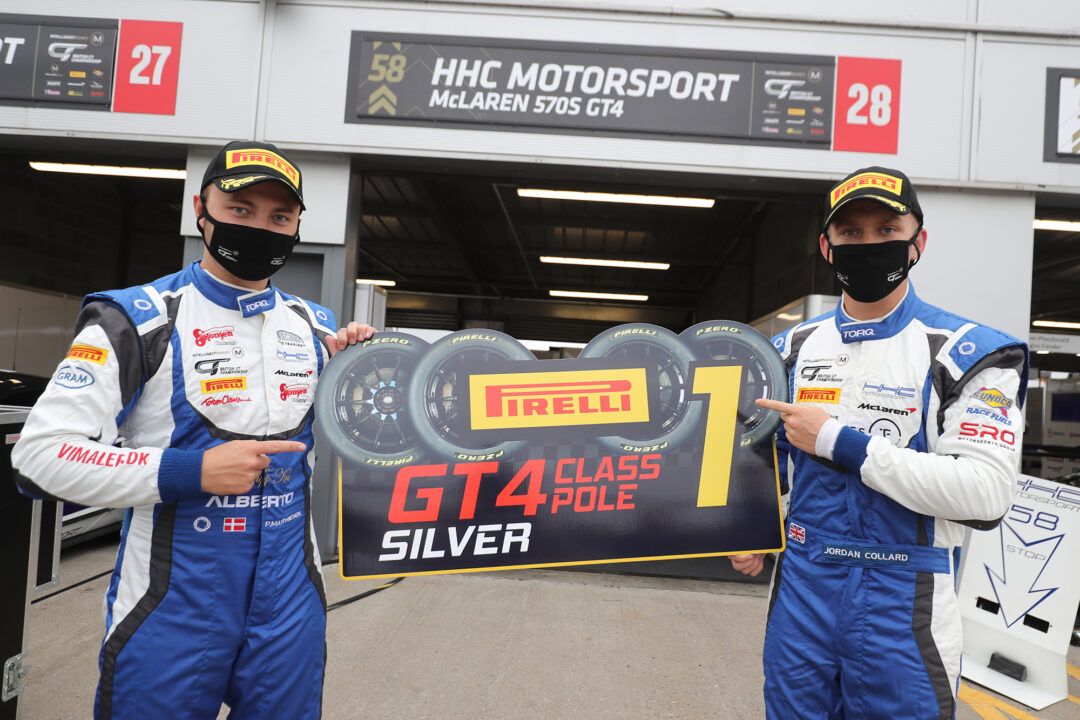 The next round of the British GT Championship takes us to Brands Hatch for a two-hour endurance race on 29th and 30th August.