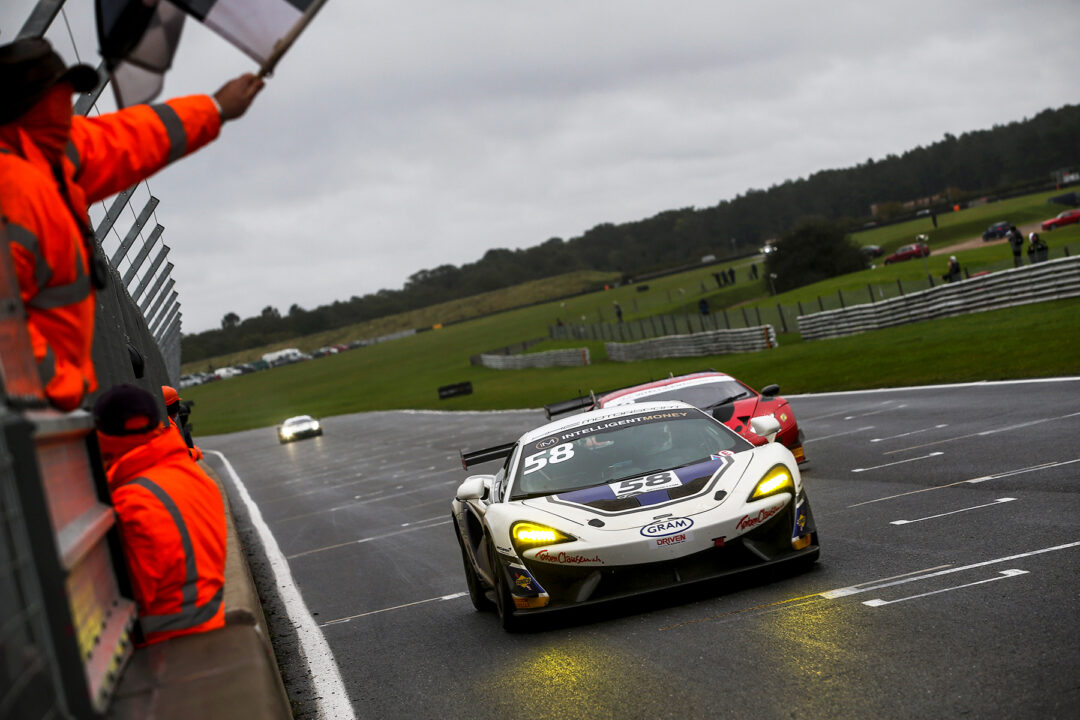 The double-header format offered teams two one-hour races and both of the HHC Motorsport McLaren 570S GT4 cars were competitive in qualifying on a damp and cold circuit. Jordan Collard qualified on pole position for the opening race with the sister car, handled by Gus Bowers, lining up alongside as the second fastest qualifier. 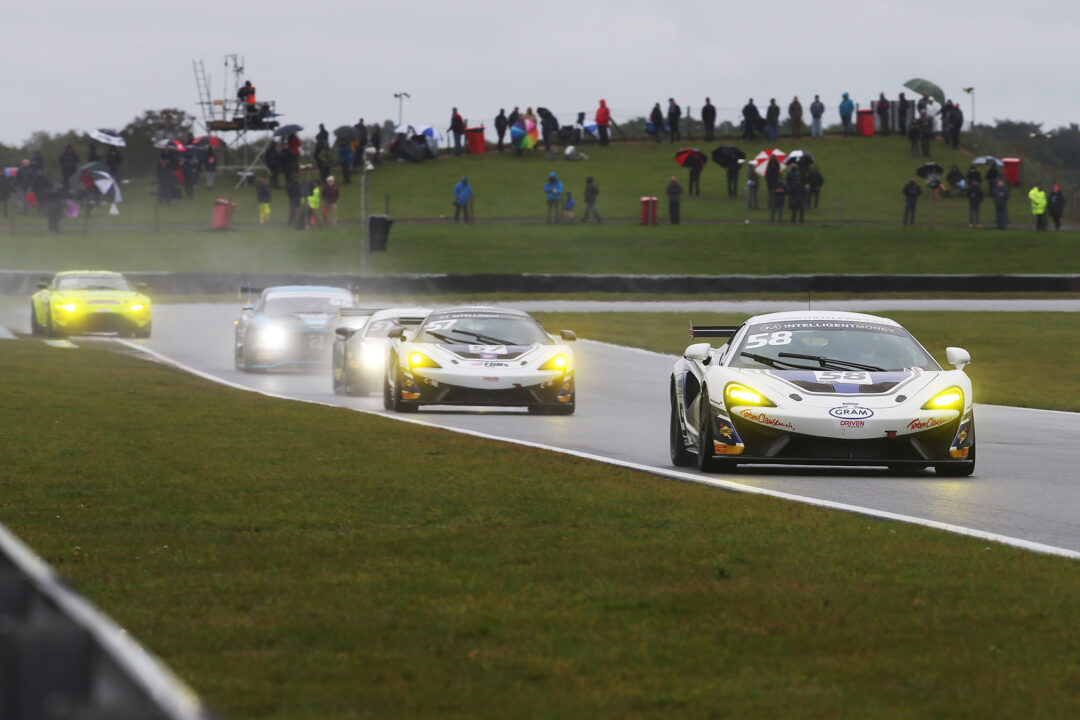 On a wet road, the race started behind the safety car allowing drivers a chance to become familiar with the track conditions but when the green flags flew to release the cars, Jordan and Gus quickly established themselves at the head of the pack, chased by the brace of TF Sport Aston Martin Vantage GT4s. As Jordan built a class lead, Gus was kept on his toes fending off the Astons, but things were to change at the pit stops as the Collard/ Matthiesen car needed to serve a further 10 seconds as a result of its win last time out at Donington Park. That dropped the car behind the Aston Martin of Jamie Caroline/Dan Vaughan, which headed to a class win, but Patrik kept the McLaren in contention to take second place. A tiny slip by Chris Wesemael, who took over the second car from Bowers, dropped him behind the Aston of Patrick Kibble/Connor O’Brien to finish fourth in class. 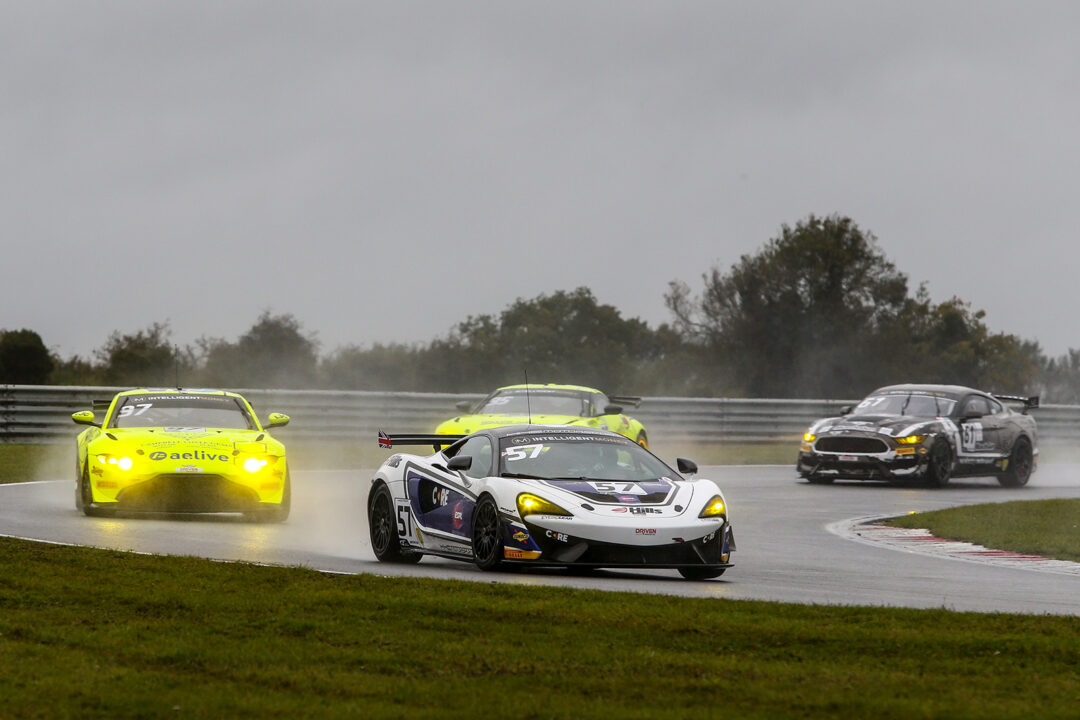 Patrik and Chris were the start drivers for race two, Matthiesen second on the grid and Wesemael fourth. Conditions were marginally better, although the road was still wet, and Chris became caught up with a GT3 car as it was fighting its way back up the order on the opening lap at the Eases, which resulted in a pit stop to address damage to the McLaren. A frustrated Chris lost three laps through the pit stop but he and Gus preserved to score important championship points with just one race remaining.

In contrast, Patrik was running strongly in the sister HHC Motorsport car in the leading group and handed over to Jordan with the car in third place. Jordan was on a mission: he set the fastest lap of the race as he charged past O’Brien’s Aston and then battled past Vaughan to take a second class win of the season and the third for the Yorkshire-based team.

“I’m over the moon with that,” said Jordan after his win. “The boys at HHC gave us a car that was on rails today and although it made me look like a hero, it was all down to them! It was a good day at the office today.” 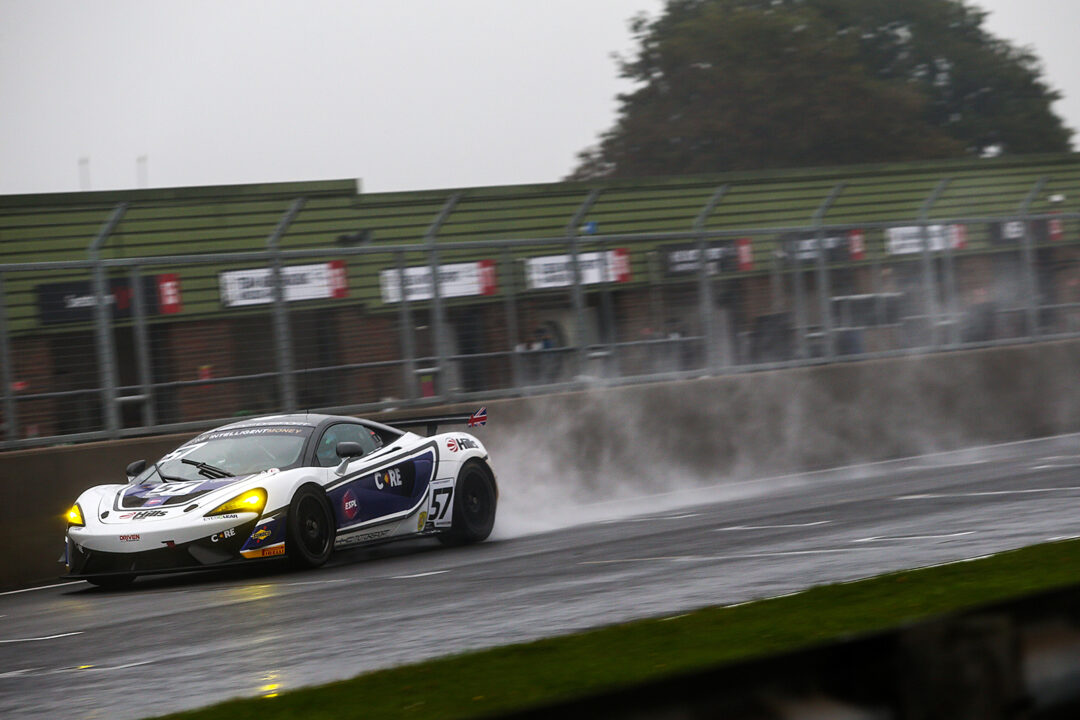 Team Principal Charlie Kemp said: “That win for Jordan and Patrik was a great result because it means we are just two-and-a-half points off the class lead with one round to go! It was a great drive because track conditions were really tricky and yet the guys coped really well. The McLarens were flying, as we saw with Jordan setting the fastest lap near the end, so we are confident of taking the fight to the Aston Martins at Silverstone. Chris was very unlucky in the sister car as he came across GT3 Bentley trying to regain positions at a tight section of the circuit and the damage was enough to cost us a chunk of time. That said, he and Gus got on with the job and never stopped trying as they went after a points-salvage operation. I am really proud of both of them.”

Jordan Collard/Patrik Matthiesen head to Silverstone just 2.5 points off the GT4 class lead with a three-hour race at Silverstone on November 8 still to run. The Intelligent Money British GT Championship showdown can be seen live on the British GT website or on the GT World YouTube channel.