HHC Motorsport is celebrating the lead of the GT4 class of the Intelligent Money British GT Championship after a dramatic weekend at Brands Hatch. 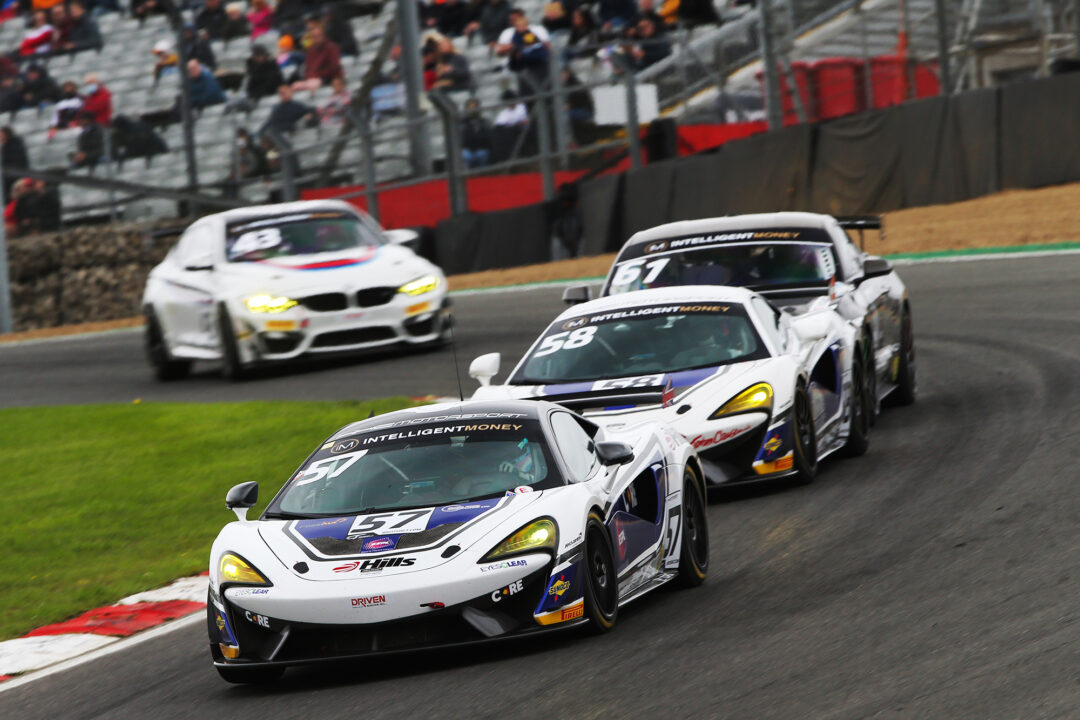 The Yorkshire-based team, with its brace of McLaren 570S GT4 racecars, emerged from qualifying with a fourth and fifth on the class grid for its two driver pairings of Gus Bowers/Chris Wesemael and Jordan Collard/Patrik Matthiesen.

At the start of the two-hour race, with a set-up designed to maintain a consistent pace over the longer duration, Patrik found himself boxed behind in the traffic at the start and was shuffled back in the pack as the field streamed through the first corner. Gus made up places and was running competitively in the GT4 battle until he ran wide at Paddock Hill Bend and the sister car of Patrik was able to jump back ahead. 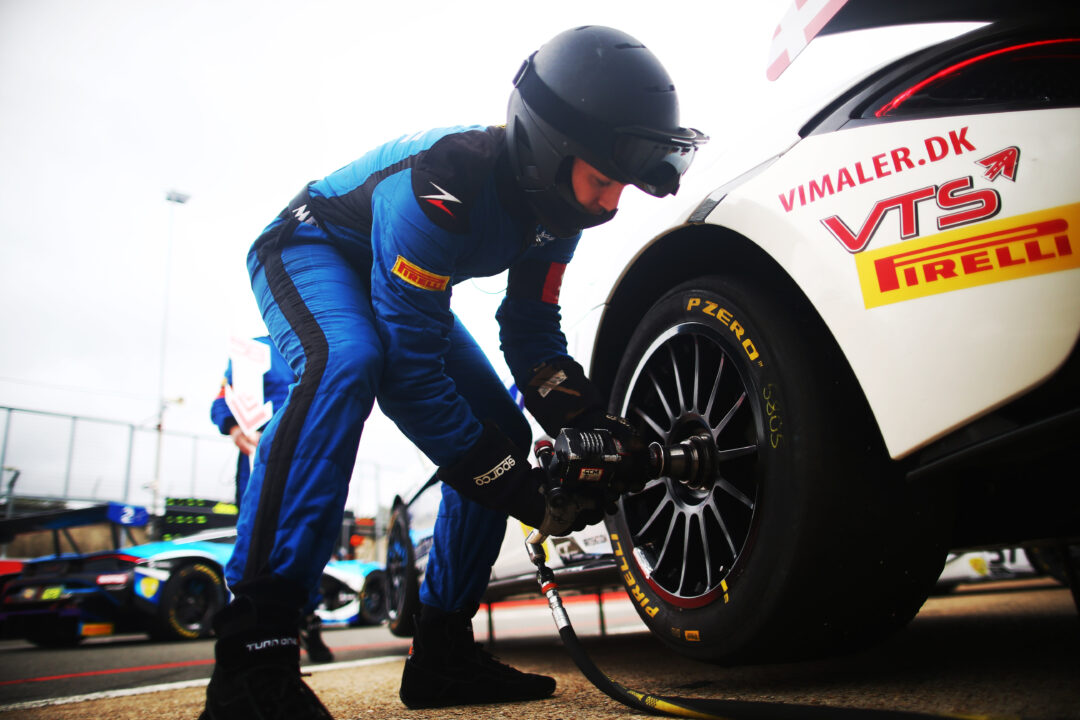 A safety car at the start of the pit window was perfectly timed for HHC Motorsport as Gus had picked up a puncture. Amazingly, he limped back to the pit lane on three inflated tyres without doing damage to the McLaren and the safety car allowed the field to bunch up which actually helped Gus and Chris as it negated their 20-second success penalty at their pit stop, the downside to a class win last time out at Donington.

Both cars pitted together and were double-stacked meaning one was refuelled, new tyres added and drivers changed before the second car took its turn. Blasting back into the race, the two HHC Motorsport McLarens found themselves fighting for a class podium result, car 58 of Jordan and Patrik also using the clever pit strategy to overcome a 10-second success penalty from a podium finish at Donington. However, there was a sting in the tail for car 58 as Jordan suffered a rear tyre failure, possibly as a result of running over shards of debris on the racetrack. Sadly, that caused the car’s retirement from the race. 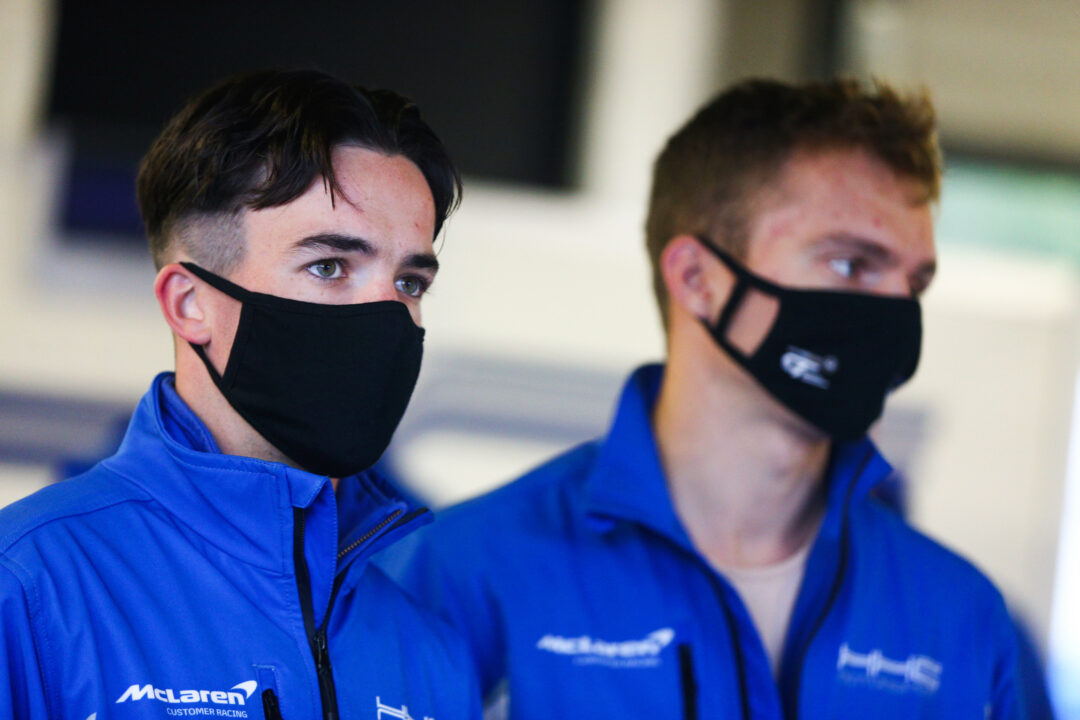 Chris was left to uphold HHC’s honour and battled up to fourth in class despite the car’s earlier puncture and time loss, but there was more drama to come as the two TF Sport Aston Martins tangled late-race and a time penalty for Jamie Caroline’s car vaulted Chris and Gus to third in GT4 and with that result, the class lead in the championship!

“I’m delighted and maybe a bit surprised!” admitted HHC Motorsport Team Principal Charlie Kemp. “We had to overcome the success penalty from winning Donington and a puncture as well as a Balance of Performance that perhaps wasn’t overly kind to McLaren, so to come away as championship leaders is amazing! It was an up-and-down race: we’d gain a few places, lose a few, then we had punctures and drama right at the end with the Astons, but it proves that you never know what the race might bring. To lead the championship with two young drivers, new to GT4 and the demands of pit stop races and longer stints in the car is outstanding, especially as they are only going to get better as drivers. This puts us in a really positive position for the rest of the season. Things change so fast in British GT that in real terms both of our McLaren 570S GT4s are in contention for the title so it is still maximum attack from both cars for the remaining rounds.”

Chris Wesemael/Gus Bowers lead GT4 in the Intelligent Money British GT Championship with Jordan Collard/Patrik Matthiesen seventh. The next round is at Donington Park on September 19/20th.