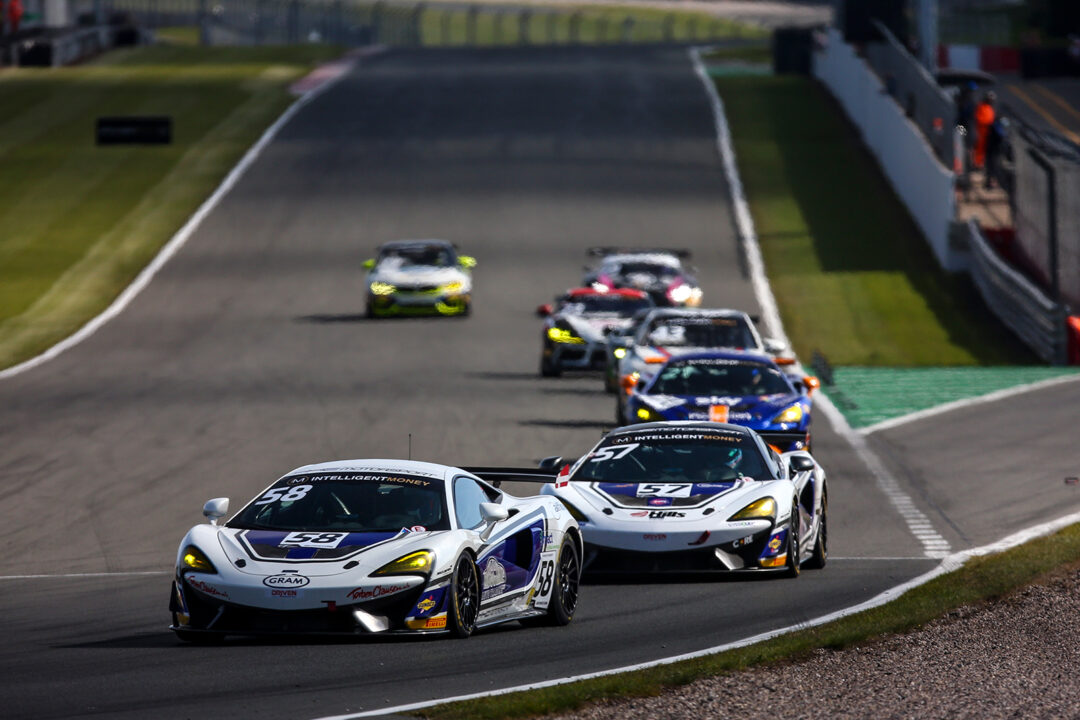 The Yorkshire-based team, with its brace of McLaren 570S GT4 race cars, worked through Saturday’s practice and qualifying sessions to place its cars second fourth on the GT4 grid. Car 58 of Patrik Mathiesen/Jordan Collard would line up second while the team’s sister car, number 57, secured fourth thanks to the efforts of Gus Bowers/Chris Wesemael.

However, the team’s work didn’t stop at the chequered flag of qualifying, as Bowers suffered an engine failure, which resulted in an overnight engine change. The hard-working HHC team left the circuit at 0430 on Sunday morning and was back in at 0730 for raceday – and strong coffee! 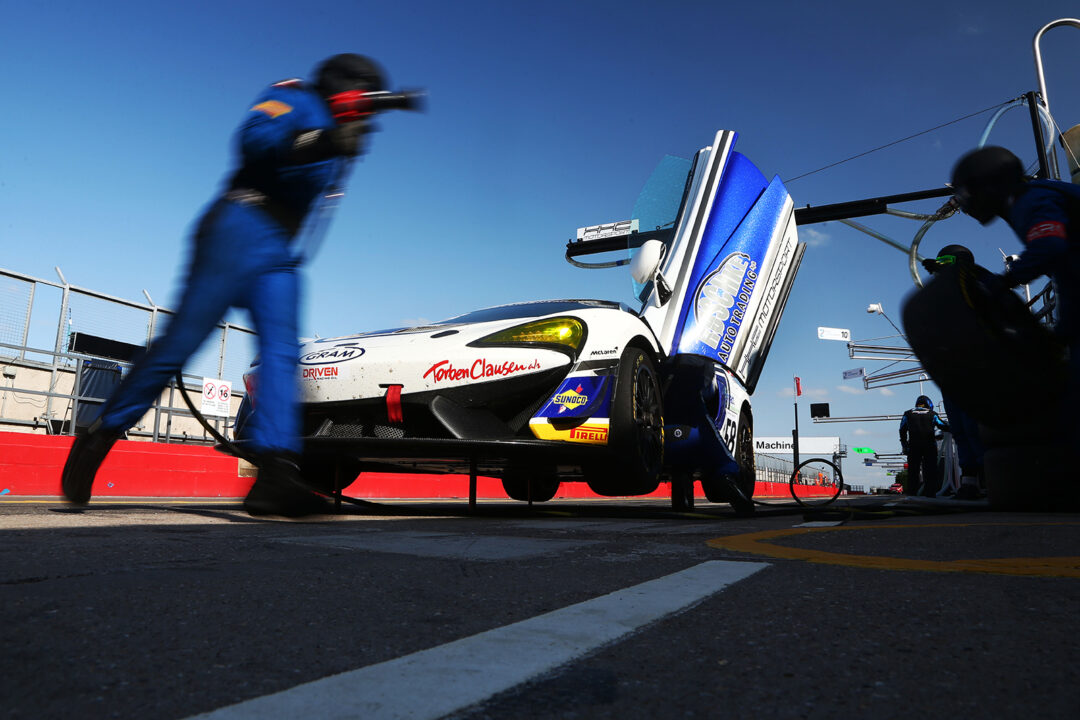 Sunday’s race was a three-hour enduro and both cars made good starts to be in the early battles for class leadership, with Patrick and Gus in the cars for the opening stint. An early safety car period for a stranded Lamborghini allowed the TF Sport Aston Martin team to play with its pit strategy and instantly be out of sync with its class opposition. However, HHC didn’t have the luxury under the McLaren’s fuel allowance and so continued to aim for stops between the 45 and 60-minute mark in the three-hour race.

The Aston Martin strategy only became apparent towards the end of the race with the cars dropping behind a battle between Mathiesen/Collard and the Academy Motorsport Ford Mustang of Jordan Albert/Matt Cowley. However, the Ford had to serve an extra 20 seconds at its final pit stop, a success penalty from the last race, which allowed the HHC McLaren to assume the lead. Jordan Collard drove the final stint in number 58 HHC McLaren and coped with intense pressure from the charging Ford to hang on to win the GT4 class of the race by just over one second for the crew’s first win of 2020. 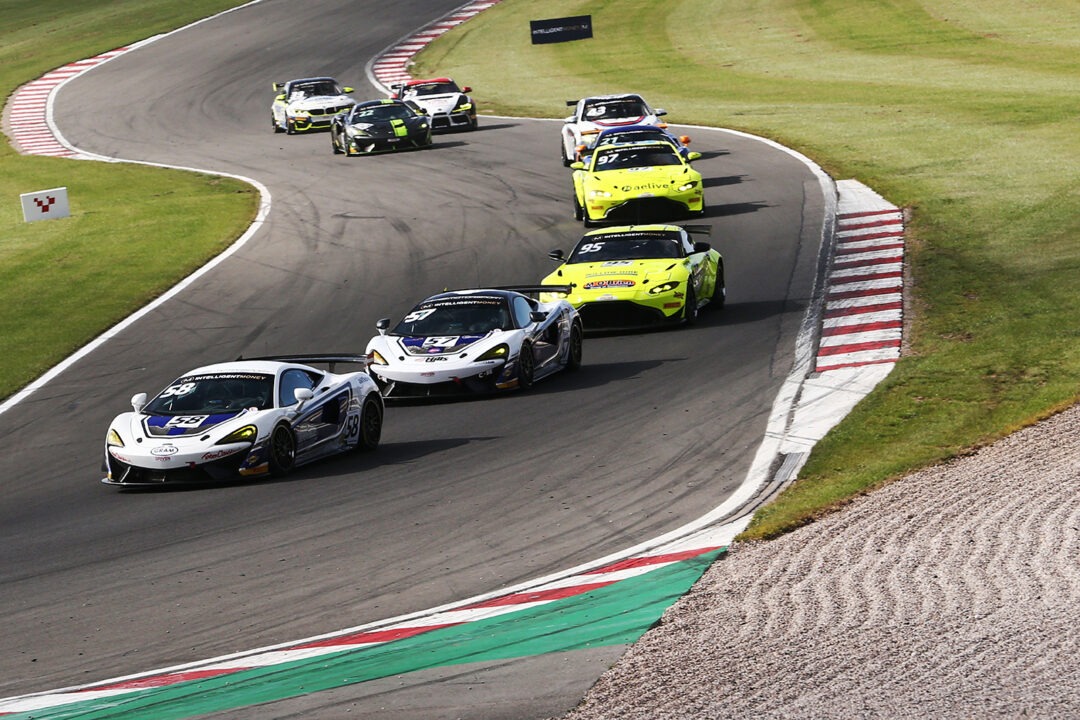 The second HHC McLaren lost time after a miscommunication in a pit stop which resulted in Gus Bowers being forced to serve a penalty which in turn cost them time and dropped the car to sixth in class, the crew still securing all-important points.

Team Principal Charlie Kemp said: “I am delighted that we were able to take a win. That was an intense three hours and the crew worked brilliantly, especially having had so little sleep after the engine change. Jordan and Patrik drove a great race and Jordan coped especially well with the pressure at the end with the Mustang never far away, and this brings them within 2.5 points of the championship lead! It was shame that Gus and Chris’ car had its pit stop issues but they both showed really good pace and a points finish is still a great reward after the engine dramas on Saturday. 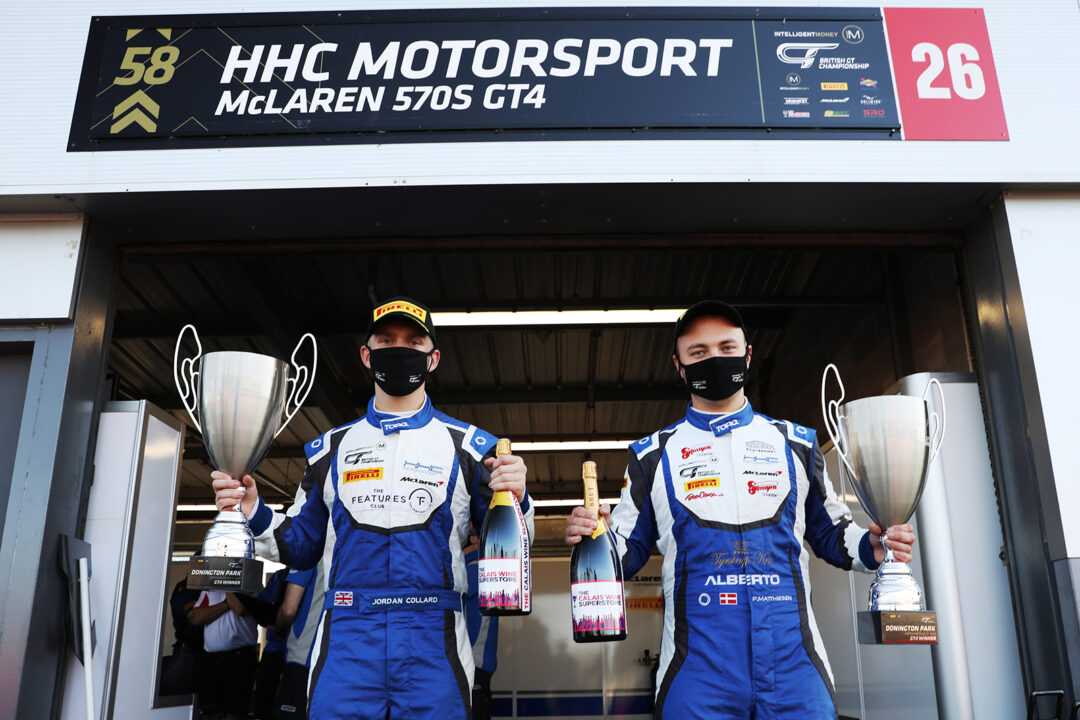 “The next stop is Snetterton where we go back to the two-race format and Jordan and Patrick will carry a pit stop penalty in the first race, although it will be less severe for just a one-hour race. We are focussing on the GT4 title now with both cars in contention for the championship as it is incredibly close at the top of the table.”

Sunday’s race results place Jordan Collard/Patrik Mathiesen third in GT4, just 2.5 points off the lead, while Gus Bowers and Chris Wesemael are now fifth, 8.5 points off the class lead. HHC Motorsport is now second in the GT4 Teams’ Championship, with an 11-point gap to close over the remaining three races.

The next rounds of the Intelligent Money British GT Championship are at Snetterton, Norfolk, on October 3/4.