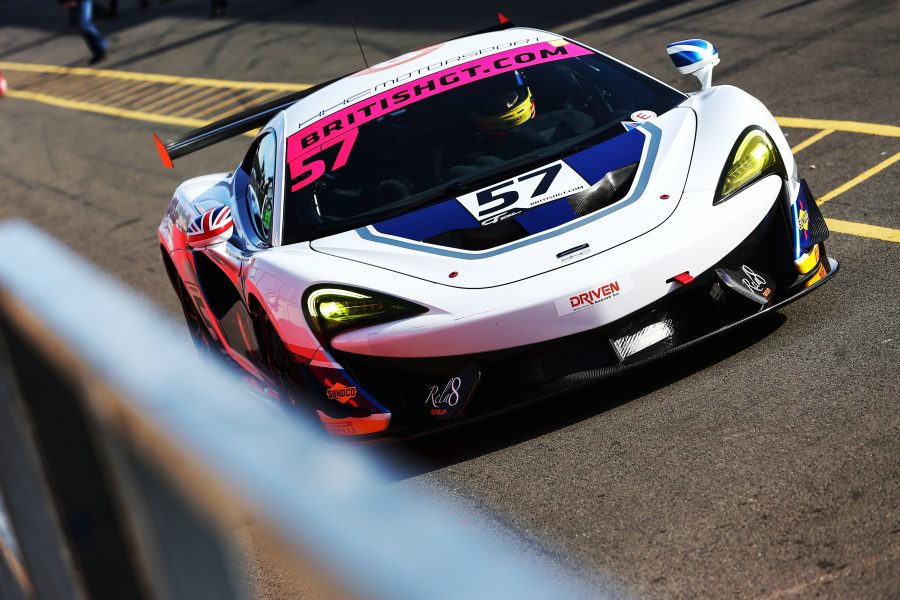 Gus Bowers joins Chris Wesemael in the first of the two McLaren 570S GT4 chassis in the GT4 class of the championship. Both drivers will be in their first year of GT racing, but as a silver/silver combination are expected to mount a consistent Championship campaign.

Wiltshire’s Chris Wesemael will graduate to GT racing in 2020. Chris dominated the 750MC RGB Sports 1000 series in 2019 with 11 wins from 14 races to win the title having finished as runner-up in 2018. Chris tested HHC’s McLaren last year and is excited about the step to GT racing.

“I am super-excited about being in the car and working with Gus,” said Chris. “Between us, I feel that we will make a strong team and with such a good car and HHC behind us I am sure that we will be really competitive. The McLaren will be very different from the Mittell I drove last year, but I am super-positive about it. I think we will be able to fight for wins. Gus and I get on really well already and I am really looking forward to the season. I can’t wait to get started.”

Said Oxford-based Gus: “I am really excited to be graduating to the British GT Championship. To be back with HHC Motorsport and to have a team-mate in Chris with whom I can work with and develop so positively. British GT is the ideal place for me to develop as a driver and to learn about a more powerful race car after the Ginetta G40. In addition, in such a competitive championship, I will be able to gauge myself against some of the best GT4 drivers around. This will only be my third year of racing and we looked at different options, but with HHC’s track record and the support it gets from McLaren Customer Racing, it was an ideal fit. HHC is determined to win and I can’t wait to work with Chris and the team to grow with them with my long-term goal being to drive in the FIA WEC.” Gus also has additional responsibilities as reserve driver for the team’s GT4 European Series programme and to undertake sim and track testing work to develop him both as a driver and HHC’s McLaren 570S GT4.

HHC Motorsport team principal Charlie Kemp said: “We have a structured, development programme that incorporates significant on and off-circuit activity for both drivers, that we feel will provide a superior platform for their continued growth and success. In addition, our strong relationship and ability to work closely with McLaren Customer Racing on both driver and car performance allows us to mount a strong challenge in British and European GT racing series.”

Ian Morgan, Director of Motorsport, McLaren Automotive said: “The 570S GT4 has achieved strong results in the British GT championship over the past few seasons, and has challenged for the title with customer teams. Last year saw HHC Motorsport take the opening race weekend of the season, and remained in the hunt throughout the full calendar, so it is great to see them confirm a return for 2020 with an exciting line-up of Chris and Gus. The season is shaping up to be the biggest for McLaren Customer Racing to date with more cars and teams racing globally than we have seen previously, and the British GT grid will see the most McLaren entries ever.”

The opening rounds of the British GT Championship are at Oulton Park, Cheshire, on April 11-13 and news of the second driver line-up at HHC Motorsport will be announced shortly.

END_OF_DOCUMENT_TOKEN_TO_BE_REPLACED 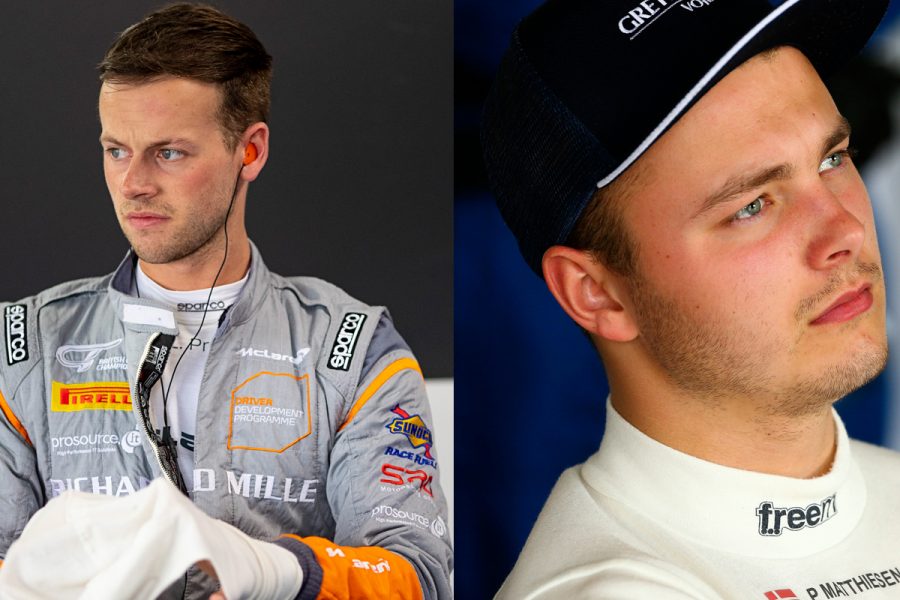 HHC, whose drivers were second in the 2018 GT4 European Series, returns to the championship after racing in British GT in 2019, finishing third in the Drivers’ Championship with its pair of McLaren 570S GT4s.

Lewis Proctor has raced in the British GT Championship for the last two seasons for Tolman Motorsport finishing fourth last season, and as part of the McLaren Driver Development Programme, is well-versed with the 570S GT4 as well as being highly regarded by McLaren Automotive. The Aberdeen-born racer, who gave up a career in IT in the oil and gas industry to pursue his long-term dream of racing at Le Mans, will be one of the fastest drivers in GT4 this season.

Ian Morgan, Director of Motorsport, McLaren Automotive, said: “It is great to be able to confirm that Lewis Proctor will join HHC Motorsport for the 2020 European GT4 season. This is an important and significant step in his development with his new position of McLaren Academy Driver. HHC Motorsport enjoyed a strong debut season with McLaren Customer Racing last year, winning with the 570S GT4 on debut at Oulton Park. The addition of Lewis to the team partnering Patrik Matthiesen is an exciting one. Lewis has shown significant pace and ability over the past two seasons with the 570S GT4 on the Driver Development Programme in British GT, and now moves up to his biggest challenge yet, competing across European circuits.”

Patrik Matthiesen rejoins HHC having last raced for the Yorkshire team in the 2018 British GT Championship in a Ginetta G55. The Danish driver, who began in the UK’s Ginetta Junior Championship in 2015, has single-seater experience from British F4 in 2016 and was the GT4 Champion in the Creventic 24 Hour Series in 2017. After his season in HHC’s Ginetta, Patrik raced for Optimum Motorsport in an Aston Martin Vantage GT4 in 2019, but makes his McLaren debut this season.

“I am looking forward to getting back to my old team of HHC Motorsport, and the people behind the team, especially because they have been a big part of my development as a racing driver,” said Patrik. “It will be my first year in a McLaren GT car and there will be much to learn, but I take that as a challenge and with HHC Motorsport I am in safe hands. Although 2020 will be my first year in this car, I am convinced that Lewis Proctor and I will be able to claim top results, especially in light of the test program HHC has put together for us.”

HHC Motorsport’s Charlie Kemp said: “I am very excited about 2020 already, and we still have a second driver line-up yet to announce. In Lewis and Patrik we have two young and fast drivers will allow us to challenge for success this season. In our first season as a McLaren Customer Racing team in 2019 we were instantly competitive and successful in British GT and, with a season of learning the car, we are confident of taking race wins and the GT4 European Series title in 2020. This is unfinished business for us as we were title fighters in 2018 so as we return to the European scene, we have all the ingredients for success.”

The GT4 European Series kicks off at Silverstone on May 8-10 and details of HHC’s second driver combination will be announced shortly.

END_OF_DOCUMENT_TOKEN_TO_BE_REPLACED 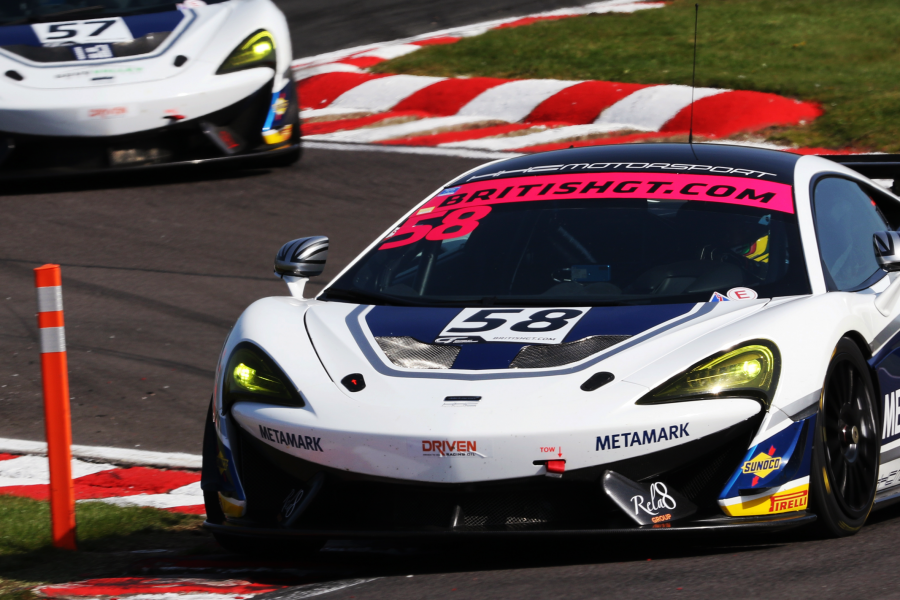 As a McLaren Customer Racing team, HHC has enjoyed a superb season in the British GT Championship with its brace of McLaren 570S GT4s, with a fairy-tale win first time out at Oulton Park.

Now, the team spearheaded by Charlie Kemp and Jody Hemmings, is looking at bursting back on to the European scene and to add to its win tally with the McLarens. HHC enjoyed a successful campaign in 2018 running a Ginetta G55 for Stuart Middleton and Will Tregurtha, taking two race wins and second place in the drivers’ championship. Now, with a season of experience of running the McLarens, pus circuit knowledge of the European tracks from 2018, the time is right for a return to the GT4 European Series.

“Our aim is to be back on the grid in 2020 with either one or two cars,” explains Charlie Kemp. “We are aiming to grow into one of the leading sports car and GT teams and we are keen to remind the World that we are not just a British team: we race and win outside the UK as well. Part of this GT4 European Series initiative is to showcase our abilities to a wider audience, but we also feel that we are in a position to win races and pitch for the 2020 crown. We were winners in 2018, the McLaren won in the series in 2019 and if we put all that together we are in a good place for 2020. The GT4 European Series is a fiercely completive championship and good results in that arena are a perfect shop window for any team and we aim to be front-runners next season.

“We are talking to a number of drivers and would welcome new enquiries. We came so close to the championship in 2018 that we are determined to bounce back and win it – it is unfinished business for us and we are aiming to win the title with McLaren on our return.”

The 2020 GT4 European Series begins at Silverstone on May 8-10, before visiting Paul Ricard, Zandvoort, Spa, Nürburgring and Budapest. HHC will announce its confirmed driver line-up for 2020 shortly.